Obama is not presidential.

In the 3rd Presidential Debate, Obama said: “I think Governor Romney maybe hasn’t spent enough time looking at how our military works. You mentioned the navy, for example, and that we have fewer ships than we did in 1916. Well, governor, we also have fewer horses and bayonets because the nature of our military’s changed.”  Actually, the military still uses horses and bayonets (which were even used during the invasion of Afghanistan)– in fact, bayonets are standard use for Marines!  Obama has been rude, patronizing, mocking, and insulting to his opponent throughout this campaign.

Obama is so out-of-control that he referenced stage-three cancer in attacking Romney, saying that Romney has “at least stage-three Romnesia.”  Obama also gave a Rolling Stone magazine interview in which he called Romney a “bullshitter.”

On Obama’s “official home on Tumblr” (http://barackobama.tumblr.com/post/34165736532/sums-it-up) this belitting image of Romney in a dunce hat was posted: 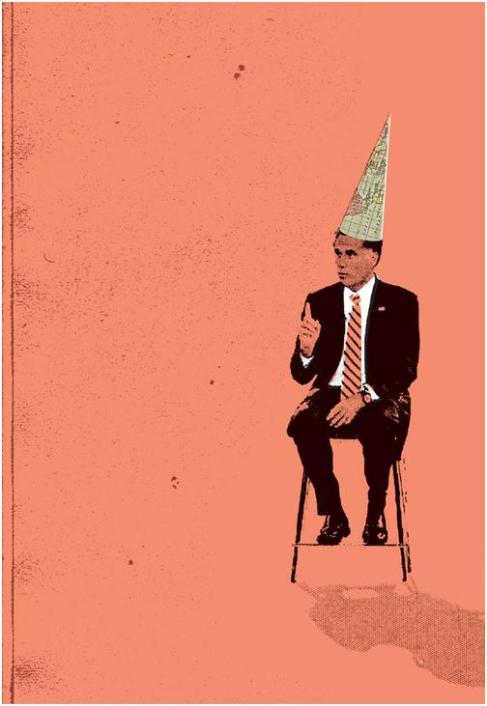 This image shows the nature of Obama’s campaign; and it is yet another example of how divisive the Obama Administration has been during the past 4 years.  In contrast, Romney worked across the aisle in a bipartisan manner with an 87% Democratic Party legislature while he was governor of Massachusetts.